Women in Domaining: An Interview with Kelly Hardy 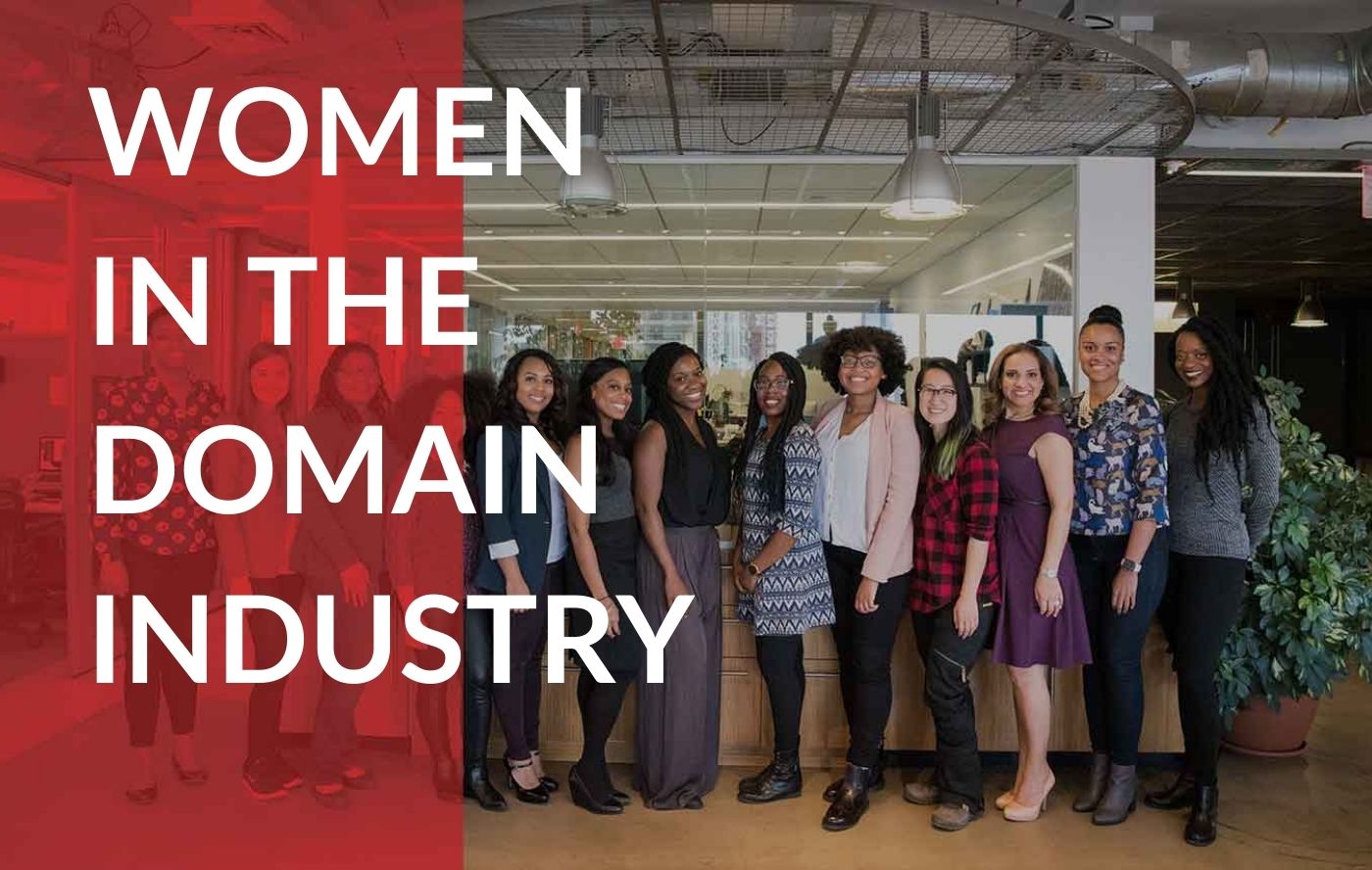 Women’s History Month has been celebrated in the United States since March 1987. This observance is a celebration of women’s contributions to history, culture, and society.

We believe that the Internet has impacted society, culture, and history quite a bit since it became available to the masses in August of 1991.

And behind the scenes, there are a lot of intelligent, thoughtful, and accomplished women who are influencing the world wide web as we know and experience it today.

We wanted to speak to those women and find out firsthand what their experiences have been like, to discuss the position of women in domaining, and get their thoughts on the landscape of the future.

So we sat down with Kelly Hardy, Head of Registry Policy at Centralnic, a leading provider of internet infrastructure services, to speak about her experiences as a woman in this field and why she enjoys working in domains.

What she has to say is insightful, and provides hope and inspiration for other women who are looking to start a career in tech, which is known to be a male-dominated field.

Women in Domaining with Kelly Hardy of Centralnic

Hi Kelly, thanks for sitting down with us today to discuss women in domaining. To start, can you tell us a little bit about yourself?

I don’t think my story is too dissimilar to a lot of people who’ve been in the domain space for a while in that I didn’t have a structured or expected path to get here.

I started working as a touring music journalist when I was 16 and did that for a little over a decade with time off to go to college. I’ve been a skateboarder most of my life. I have a degree in comic books as comparative literature and had a ton of really strange jobs in the immediate post 9/11 economy. For instance, I briefly had a job opening “anthrax mail” (mail feared to be potentially laced with anthrax) at a water treatment plant in my hometown. I managed an educational performing arts space where I once brought a celebrated performance artist to lecture to the students not knowing he’d recently become a self-described witch doctor. I’ve co-owned a music magazine and small record label and did a bit of time working for big record companies.

In my mid 20’s I ended up at a brand protection firm and started working with the ICANN community and fell in love with the domain industry. I then opened my own consulting firm and have worked with nearly everyone in the space, including .ME for nearly a decade. I closed that business almost a year ago to become CentralNic’s Head of Registry Policy.

That is a really interesting career path that brought you to the Domain industry.  Can you describe your current company and your role there?

CentralNic Registry is one of the original domain infrastructure companies. We are a pure play-back end registry provider and also offer marketing, policy advisory, and a vast registrar network to plug our clients into. CentralNic is a really interesting company to work for because there is a deep understanding of the necessity of looking beyond the way we as an industry have always done things and to reach further, connecting the domain space and our clients to the larger Tech and governance communities.

I am the head of registry policy, which is exactly what it sounds like, but I also run the registry consultancy which is basically a think tank for our registry clients.

How long have you been in domaining? How did you get your start?

I was a refugee from the music industry where I’d been working as a consultant bouncing between labels helping the heads of record companies, music producers and legal departments streamline their offices and help them make the transition to digital. That kind of thing really kills your love of the actual art but was excellent preparation for the domain industry.

After that, I worked with Marksmen for a few years and got involved with the ICANN community through them and then started my own consulting firm. I took some time off in the late 2000s to work in television development until I got a call from Garth Miller to work with CoCCA and that was an adventure I didn’t want to turn down. I’ve been primarily working in the space with ccTLDs ever since.

What attracted you to the domain industry?

The most obvious thing I would say is the travel, and that it is an unusual industry that is full of fascinating characters.

But if you scratch a little deeper, I think it is that we are providing the infrastructure that connects most of the planet and that is important work. I think it is really beautiful that we help facilitate a tool that can improve lives and change people’s circumstances all over the world.

I think that we [in the domain industry] are providing the infrastructure that connects most of the planet and that is important work.

The most valuable element of the travel is that when you’re going to really remote places, learning how people all over the world use the internet and seeing first-hand that what might be “normal use” to you at “home” doesn’t resemble someone else’s experience. Understanding that this can range from whether it is the device on which the internet is primarily accessed, ingenious ways that small businesses are set up or alternate forms of banking is so helpful for what we do.

We can’t design a future if we don’t understand what that means holistically. In developing regions, where less stable infrastructure is available, you see people getting really creative. In these instances, we get to see a piece of the future and I think we are really lucky in that way.

As a woman, do you feel represented in the domain community? Why or why not?

This is an interesting question.

I’ve been in the domain industry long enough that I remember a time when there were maybe a handful of women who had any visibility in the space and the culture was very different. Now the demographic has shifted radically, and generally, for tech, we may have a statistically larger saturation of women. In terms of being able to look around and see other women present, who are being treated like people, I absolutely feel represented.

In terms of being able to look around and see other women present [in the domain industry], who are being treated like people, I absolutely feel represented.

However, in terms of women or people of color in positions of power in the domain industry and representation there, we have a long way to go. I have a lot of hope though, seeing how fast and how much the industry has changed.

CentralNic is the first large company in the industry that I have worked for in-house and I feel really lucky to be involved with an organization that treats its employees well and is invested in their development. Leadership isn’t strictly male and there is real diversity both racially and geographically. There is still work to be done there, but it feels good to support an organization that is self-aware and leading the industry in the right direction.

What might you change to make the industry more welcoming to women?

We need more women and people of color in leadership positions industry-wide. Everyone benefits and we can make better things when there is diversity of thought and experience in the room.

What are your thoughts on newer TLDs and domain extensions?

I was an early advocate of new TLDs and I feel the same way now that I did in 2008: this is a long game.

It is not a get-rich-quick scheme and not every TLD will be a success, but I believe there is inherent value in creating TLD diversity on this scale.

A lot was learned in the last round about what works and what does not. Hopefully, as an industry, we’ve become wiser and have a better idea of what the public user base wants.

For adoption to really take off, we have to have meaningful promotion of new gTLDs with widespread marketing and education. It isn’t just about selling domains; it is about teaching people how to use the internet as we’ve structured it by releasing new TLDs by the thousand.

I believe that for this kind of promotion to be effective, everyone involved would have to put ego and self-interest aside and work together to do what is best for the domain ecosystem and the end-user.

Do you have any predictions for what will happen and change within the domain community in the next year? Five years?

I think that the domain community has to start thinking larger than itself. If all we really focus on is selling more domain names, we will stagnate.

We need to be thinking about what else we can do to make the Internet grow in a meaningful way and what we can be doing for end-users to make their use of the tool easier.

What advice would you give to women looking to start a career in domains?

I would tell them that this is the rare sector of the tech industry where you can show up and be your entire self. That even though it might not look like it yet, there is room here for everyone and it is getting better and better. And that if you are willing to put in the work you can create something amazing.

Thank you for sharing your thoughts with us on women in domaining for Women’s History Month, Kelly. We appreciate your insights and look forward to seeing your contributions and expertise at play in the domain industry. 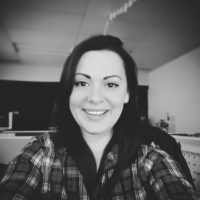 Domain.com Marketing Manager. She believes in the power of words and loves a good story. She resides in MA and spends her days behind the keyboard with her two feline coworkers. Connect with her on LinkedIn.

Domain.com Marketing Manager. She believes in the power of words and loves a good story. She resides in MA and spends her days behind the keyboard with her two feline coworkers. Connect with her on LinkedIn. 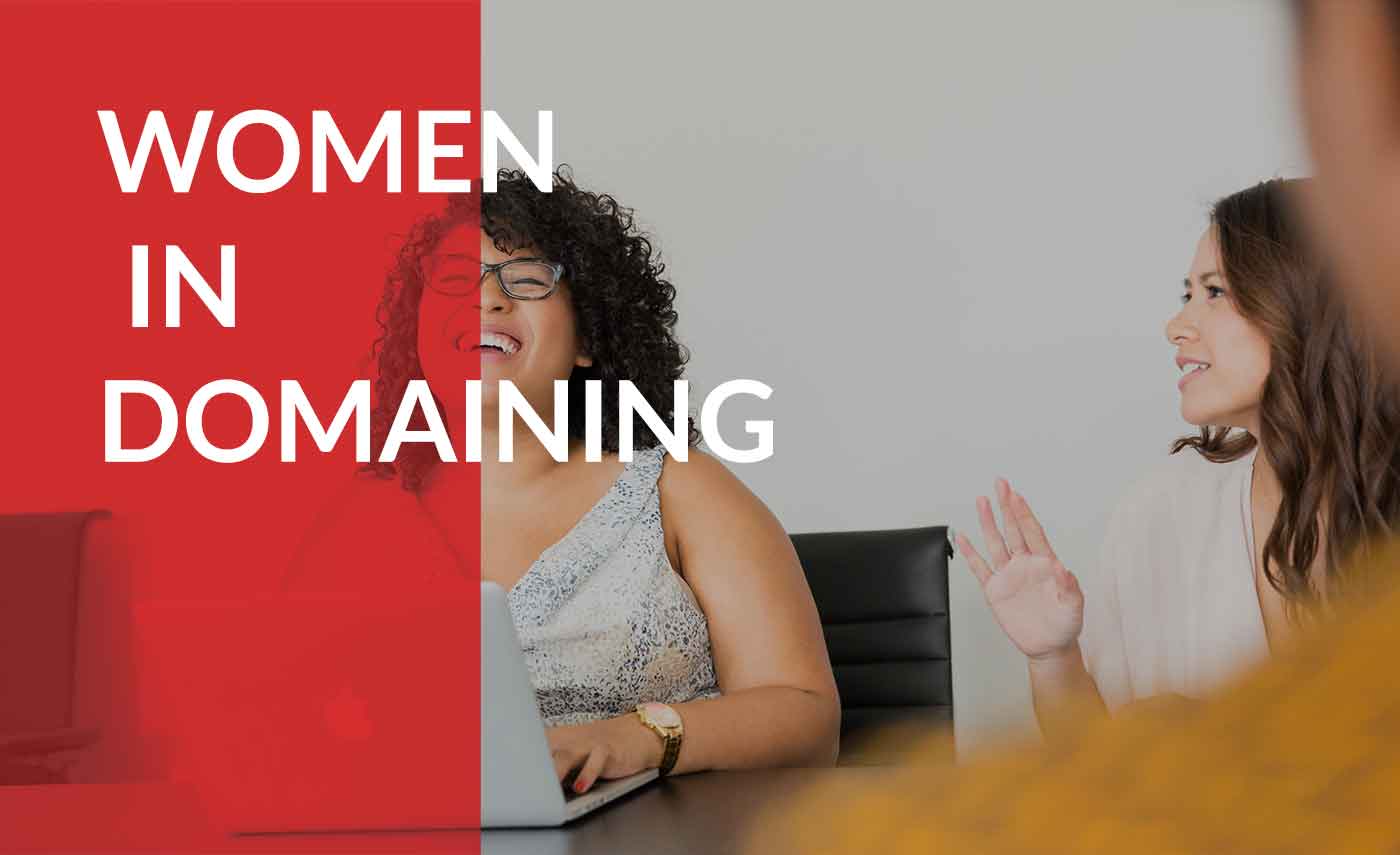 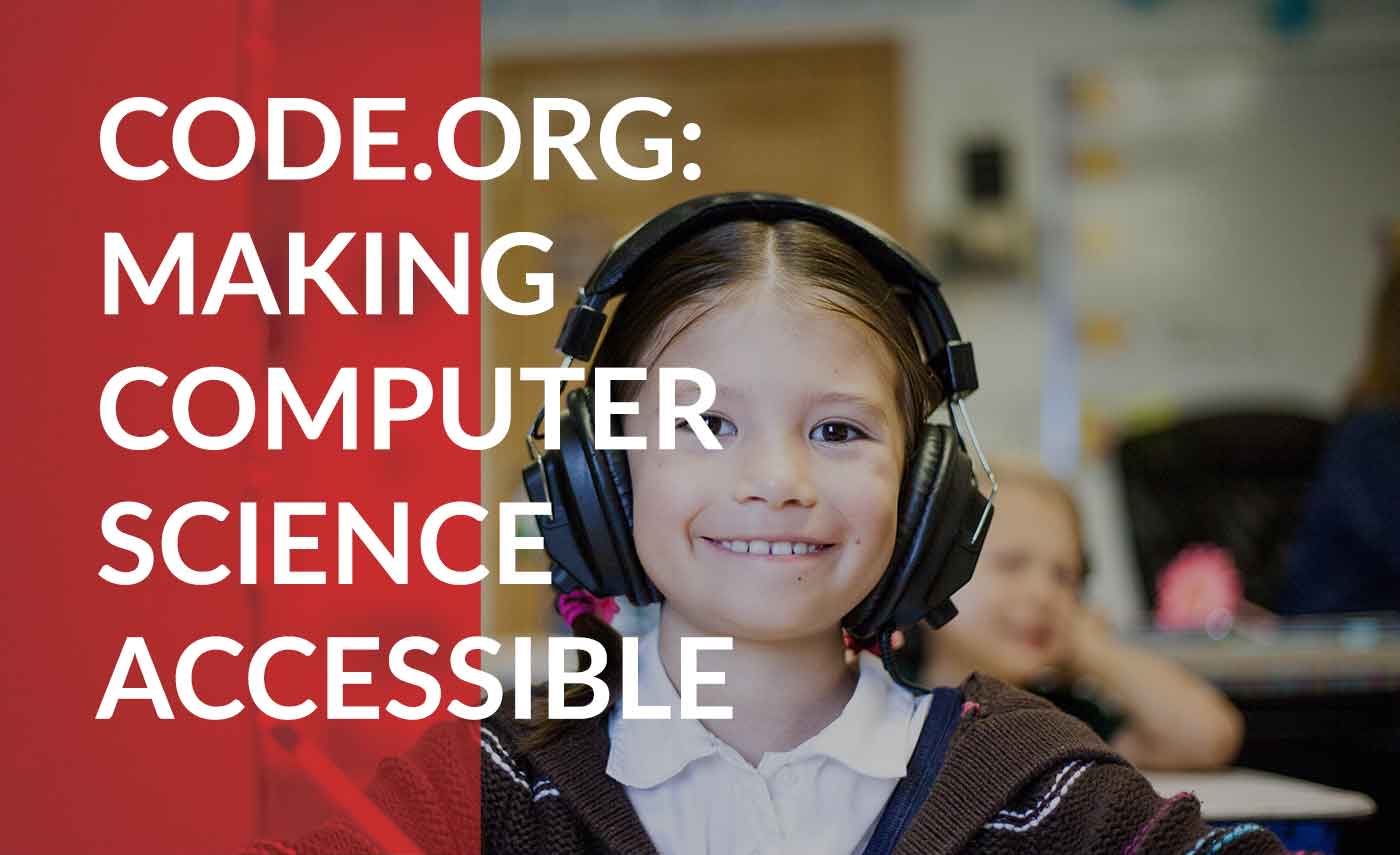 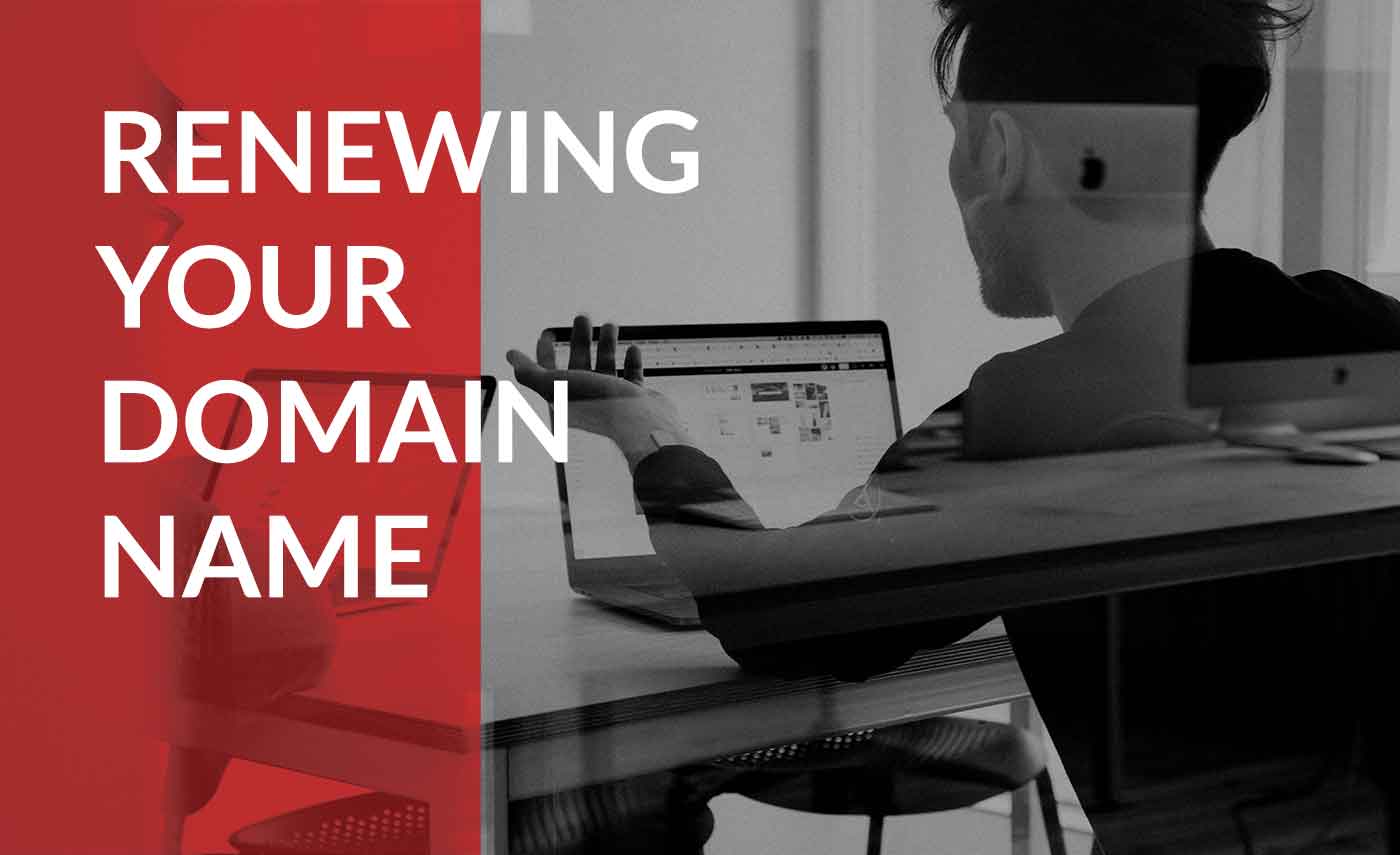